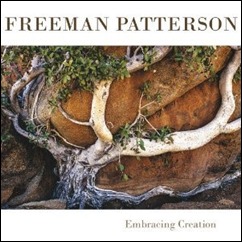 Nettie sent me this link she received from Colla Swart, asking if it could be played at a club meeting. But as a radio interview it wouldn’t fit into a club meeting very well; I thought it best to post the link here so those that are interested can listen to the interview.

Freeman Patterson is a Canadian photographer known to many of our club members who have attended the workshops he has offered here in South Africa in the Kammieskroon area. Several members have also travelled to Canada to attend his workshops there.

The link below opens a player that will play the interview discussing Freeman’s new book and gallery exhibition. Although the page has CBC Television above the player, this is a radio interview and the visual in the player as it plays is simply a portrait of the radio show host.

Listen to the interview

I'm known as craniac or strandloper. I'm a programmer. I'm fifty-something, married and have two grown sons. I'm fat, lazy and don't get as much exercise as I should. I'm a keen amateur photographer. View more posts