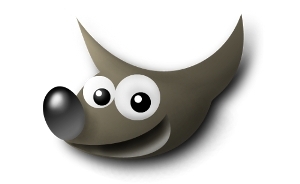 GIMP is the favorite graphics editing program of many designers and graphic artists. It is free and compatible with Windows, Mac and Linux (the two big reasons for its popularity). It has a wide array of features, as well as plug-ins, filters and brushes. Documentation is primarily available in online communities, as well as through extensive add-ons.

GIMP was never designed to replace Photoshop, yet with every release, it comes a little closer to being able to do so. It can be used to author graphics, create logos and edit photos, as well as make short animations (using GAP). Despite these features, the open-source app is a foreign world for many users switching from Photoshop. Familiar tools are missing, menus are laid out differently and tasks must be accomplished in unknown ways.

In this article, we list eight tweaks to make GIMP a more serious Photoshop replacement option. Version 2.6 was used to test the following tweaks, but past versions of the app should work as well.

I'm known as craniac or strandloper. I'm a programmer. I'm fifty-something, married and have two grown sons. I'm fat, lazy and don't get as much exercise as I should. I'm a keen amateur photographer. View more posts